← more from
Relapse Records
Get fresh music recommendations delivered to your inbox every Friday. 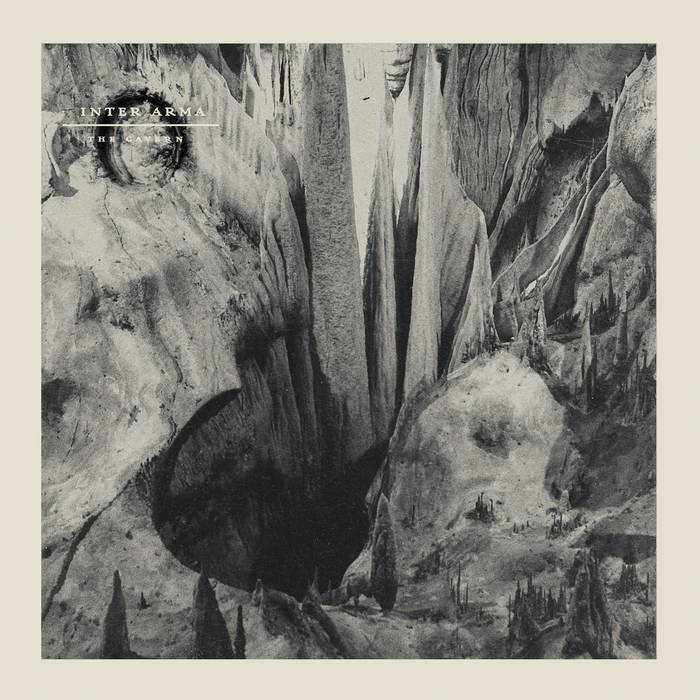 Snostrebla Short attention spans need not download. This is a song that pays off the longer you listen to it. It flows so well , it'll feel like a cliffhanger if you have to pause it for any reason. Make time for this, not a single second goes to waste. I feel fortunate to be living at the same time this song was recorded, and it brings me tremendous joy. It showcases how talented they are as a whole. A must own.

Wolfman It's as its title and cover art suggests; it's a cavernous and dark 40-minute journey that leaves you satisfied at the end.
more...

Inter Arma follow up their universally acclaimed ‘Sky Burial’ with the epic 40+ minute one-song ‘The Cavern’ ep. Recorded during breaks from the relentless touring the band did on the ‘Sky Burial’ album with the likes of Baroness, Russian Circles and more, this new ep is the ultimate exhibition of the genius that Inter Arma have always hinted at. Unparalleled musicianship meets the soulfully deranged vocalis of Mike Paparo to create one of the most impressive pieces of metal to be released this year. Shifting from Americana laced Black Metal to doom to stoner rock to prog all within a single song, Inter Arma’s ‘The Cavern’ is an opus that will surely be heralded for years to come along the likes of Sleep’s ‘Dopesmoker’ as a work of true artistic vision and endurance.

The Cavern was recorded from August 9-18, 2013 at Dark Art Audio in Madison, TN. Mixed from November 2013 through January 2014. Mastered in February 2014. Engineering, mixing and mastering helmed by Mikey Allred. Meg Mulhearn's violin recorded by Travis Kammeyer at Fahrenheit Studios, Johnson City TN on December 5th, 2013. Dorthia Cottrell's vocals recorded by Garrett Morris at the Dark Room Studios in Richmond, VA during January of 2014.

The Cavern is a composition originally written during the spring and summer months of 2009. It was never recorded and only played live a handful of times. It was destined to be lost to the sands of time until Drew at Relapse Records learned of it's existence. We'd like to thank the staff of Relapse Records for giving us the opportunity to record and release The Cavern the way we had always intended to.
- Inter Arma January, 2014

The Cavern is respectfully dedicated to the memory of Creighton B. Wright and Peggy Scates-Hinson.

INTER ARMA's music resists generalization and categorization, but one thing that's consistently true, is that the VA quintet possesses an unparalleled sense of scope. Few artists convey the complexity that INTER ARMA (Latin for "in times of war") does. The band creates terrible and often hauntingly beautiful portraits of humanity through music that is deeply organic yet still mystical and modern. ... more

Bandcamp Daily  your guide to the world of Bandcamp